On my recent snowboarding trip to the French and Swiss Alps, Grindelwald was one of the resorts I explored. There had been very little snow since the beginning of January, but on the plus side, it had been very cold all month and most days were sunny.  It meant that the ice sculptures from the contest held between the 17th and 22nd January 2011 were still in pristine condition, They had not melted and had been buried under snow over a week later.

The event was the 29th staging of the contest. There were other sculptures scattered around the ski area as well as these in Grindelwald itself. 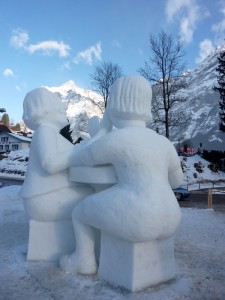 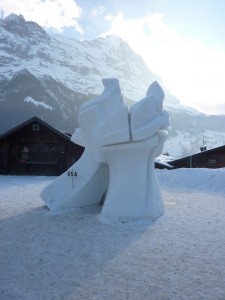 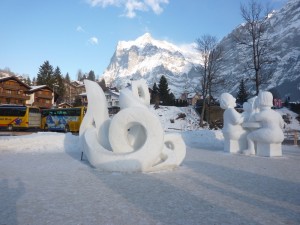 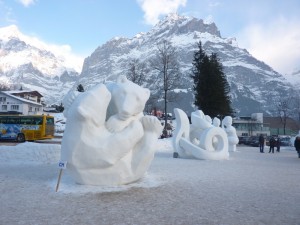 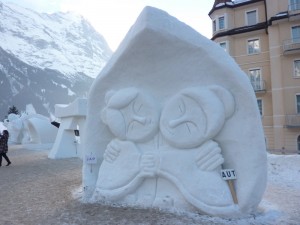 Does anyone know who won as I was more focussed on my snowboarding?