Aosta can deceive, presenting you with a significant amount of industry as you enter. But it would be a mistake to write the city off.  A closer look reveals a rich history, with monuments and remains dating back to at least Roman times. Stay and explore Aosta and you will be able to discover the Arco di Augusto; a grand arch, dating to the First Century, a Roman Gate, Roman Theatre and even the remains of a Roman Amphitheatre. Later buildings of note worth a visit, are the Collegiata dis Orso and the Cathedral. Looking at the city up close will reveal that the inscriptions on the buildings are almost all in French. This region held on to its French Provençal dialect for a long time. 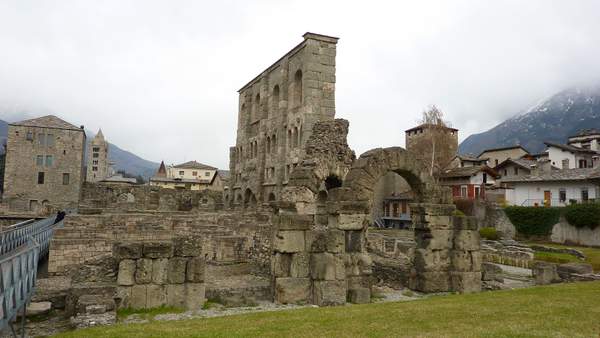 On my visits to the city, I’ve wandered around savouring the feeling that only being in Italy can bring. I’ve wandered around taking in buildings, doing some window shopping interspersed with real shopping before stopping at a café to enjoy a Cioccolata caldo (Italian hot chocolate) and a Tiramisu. Here I’d sit and do some people watching. 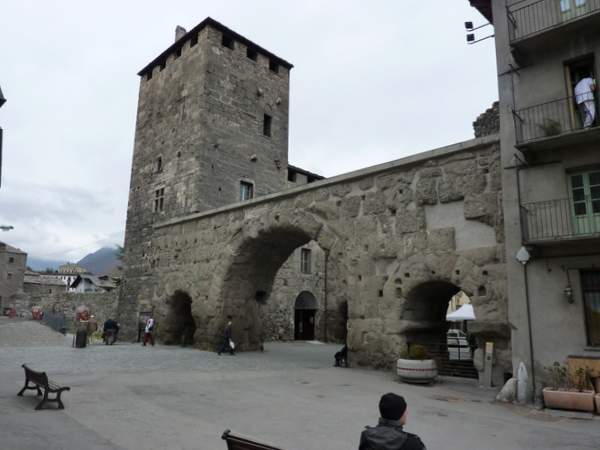 Aosta occupies an important strategic position in the Aosta Valley, with three major Alpine crossing routes passing through the city. The oldest two being the where the roads Petit (Little) Saint Bernard Pass from France and the Grand Saint Bernard Pass from the Swiss Valais. Since the 1960’s the road from the Mont Blanc Tunnel also comes down to Aosta. 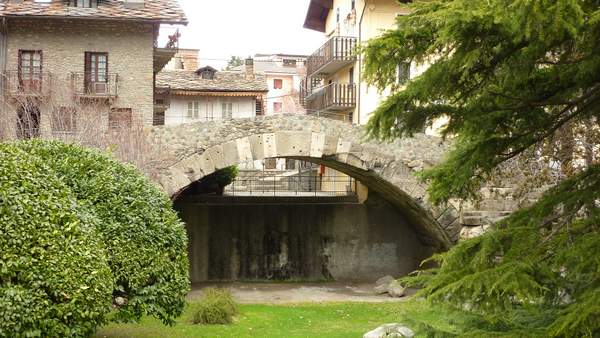 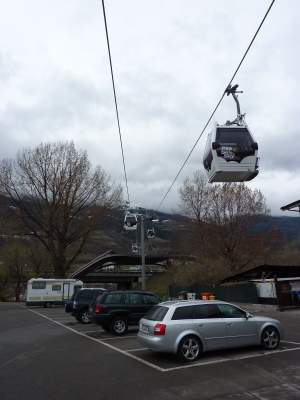 The valley in which Aosta is located is named after it, and so is the Region. The Aosta Valley has some highly rated ski resorts including Courmayeur and La Thuile. There is even a ski lift bottom station in Aosta where you can board one of the gondolas to be whisked up to the resort of Pila. If your aspirations are for a bigger resort then Cervina the resort on the Italian side of the Matterhorn is not too far away as well.

The nearest railway station is Aosta. Book a rail ticket there with RailEurope.
Flixbus also stop here on their Amsterdam to Milan route. 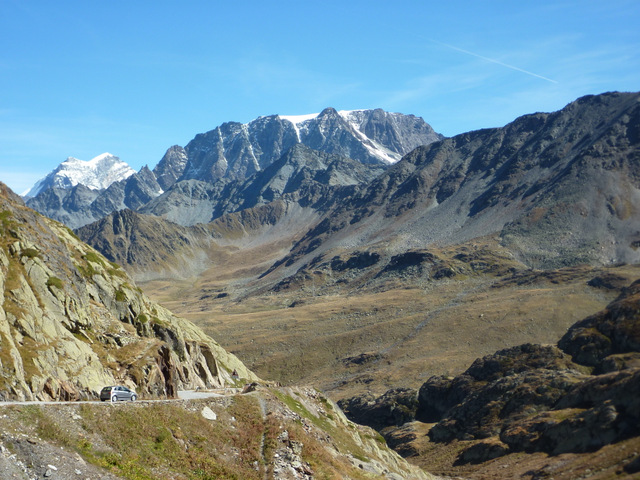 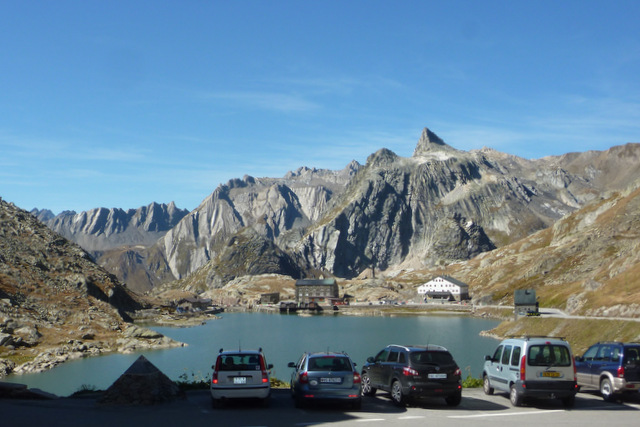 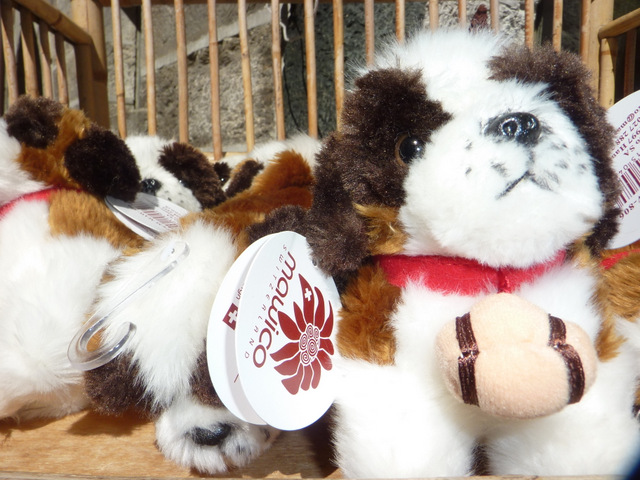